Scientists at the Highland University in Inverness (HUI) have recently revealed that the wild haggis (haggis scotticus) is critically endangered. Dr Donald McTavish, leader of the wild haggis research programme at the Department of Cryptozoology at HUI, said “we’ve been monitoring wild haggis populations for more than 20 years and have seen breeding numbers fall dramatically in the last five years to a level where the species is considered critically endangered”.

While the precise reasons for the decline are not yet clear, HUI’s scientists suspect environmental change as a result of global warming.  ScotsInPoland (SIP) has learned that HUI are urging a reduction in hunting and adoption of a large scale captive breeding programme to sustain wild populations.  Captive bred haggis would be re-introduced to the wild in a number of scantuaries in the Highlands and Islands.

The wild haggis was last threatened during the Highland Clearances in the 18th and early 19th centuries, when over-grazing by sheep is thought to have destroyed much of their habitat.  However, populations rebounded markedly during the 20th century.

The Management Board of ScotsInPoland are greatly concerned at the threat to the Guest of Honour at many Caledonian Balls and have agreed to launch a campaign to “Save our Haggis“. SIP’s culinary advisor, Ray Bridgeford, told us that “there’s a growing shortage of processed wild haggis and this could have serious implications for Warsaw’s Caledonian St Andrew’s Ball on Saturday 28 November 2015 and for similar Scottish expatriates’ events throughout the world”. He urged all Scots and friends of the environment to support SIP’s “Save our Haggis” campaign.

A spokesperson for Halls of Broxburn, one of Scotland’s leading haggis processors, said that “lack of wild caught haggis has severely cut production and we’re urgently considering closing several of our haggis processing plants while increasing production of our new range of vegetarian haggis at our factory in Central Scotland”.  This could have serious implications for the economy of rural communities heavily dependent on wild haggis stalking and processing.

Other processors, such as MacSween, are also reported to be considering plant closures in the Highlands and Islands while increasing vegeterian haggis production.  It remains to be seen whether the Scottish population will readily accept vegetarian haggis in place of a cornerstone of their diet.

Should a breeding programme prove successful in future, the captive bred haggis would be re-introduced to the wild at a haggis sanctuary in the Ardnamurchan Peninsula where stalking and hunting would be banned.

When SIP contacted the office of the Scottish First Minister, Nicola Sturgeon, we were told by a spokesperson that the Scottish National Environment Agency (SNEA) were urgently investigating the reports.  Measures being considered include curtailing the hunting season and introducing licences according to other sources in the Scottish government. It is likely that legislation will be brought before the Parliament in Edinburgh before the autumn of this year.

Sources close to British Prime Minister David Cameron told SIP that as the Conservative Party is also critically endangered, if not quite extinct in Scotland, there was no thought of bringing any measures or legislation to the Parliament in Westminster.

SIP have also contacted the office of the former Polish Premier and current President of the European Council, Donald Tusk, but have yet to receive any comment.

Join our campaign to “Save the Haggis”

SIP is to urge the Scottish Government to fully fund large scale captive breeding programmes through our campaign, “Save our Haggis“.

You can join our campaign by taking part in our petition – we’ll represent your views to the Scottish Government – or contact your MSP or MEP. 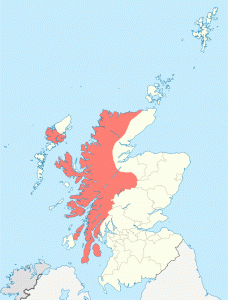 Although they could be found throughout Scotland in the early 20th Century, Haggis Scotticus is now confined to mountainous areas of the North and West.

The haggis is a small quadrupedal, ruminant mammal. Like all ruminants, haggis are members of the order Artiodactyla, the even-toed ungulates.

Haggis feed mainly on heather and bracken. Braken is poisonous for many species, but the resistance of haggis to its poison has proved useful in controlling bracken encouraging re-establishment of primary habitats and diversity of species.

Haggis breed in March with females giving birth to five or six young in July.  There have been reports of male haggis becoming aggressive during the mating season and attacking English tourists and others not wearing national dress.

While haggis has a number of natural predators such as golden eagles and foxes, its primary predator is man. Haggis are widely shot and trapped during an open season which lasts from the beginning of October to the end of February. The right for each family to take six wild haggis per year has been enshrined in Scots Law since the late 17th century.

Haggis, which is highly prized as a food, is an essential part of the Scottish diet with haggis hunting and processing thought to support around 50,000 jobs.

Attempts at large scale commercial farming of haggis have so far proved unsuccessful.

Haggis is the cornerstone of Burns Suppers and other cultural events in Scotland and among a widespread Scottish diaspora.  At formal events the haggis has a ceremonial entry before being praised in a recital of Robert Burns‘ poem, ‘Address to a Haggis‘.

Consumption of haggis with copious amounts of malt whisky is widely believed to have aphrodisiac properties, although there is a lack of supporting scientific evidence.

Do NOT follow this link or you will be banned from the site!
We use cookies to ensure that we give you the best experience on our website. If you continue to use this site we will assume that you are happy with it.OkPrivacy Policy